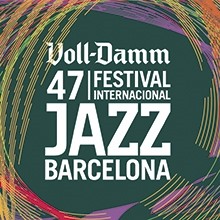 If you rent an apartment in Barcelona this autumn, you should take a look at the programme offered by the Barcelona Jazz Festival 2015. From the 26th of September to the 11th of December, Barcelona hosts over 30 jazz music concerts in different unique concerts halls all over the city. Dianna Krall, Chucho Valdés or Txarango are some of the highlights of the programme of this 47th edition.

The Barcelona Jazz Festival takes place every year in concert halls all over the city. This 47th edition of the festival hosts concerts in venues as diverse as the magnificent historical Palau de la Música Catalana or small underground bars, such as Jamboree and Harlem Jazz Club, both in Barri Gòtic. That is why if you are staying in a holiday apartment in Barcelona from the 26th of September to the 11th of December, you should not miss out some of the concerts offered by the Barcelona Jazz Festival 2015.

Diana Krall, the Canadian jazz pianist and singer known for her contralto vocals, officially opened the festival on the 26th of September. Other highlights from the programme include the Cuban Chucho Valdés on the 20th and the 22nd of November or Israeli singer Noa on the 9th of December. The youngest tourists might also appreciate the recently successful Belgian Selah Sue on the 26th of November or the local touch offered by the fusion music Catalan band Txarango on the 21st of November. If you want to see more names from the line-up, check the full official programme of the festival: http://www.theproject.es/es/archivos/PROGRAMA_47FIJB_imprimir.pdf

Other year’s editions of the Barcelona Jazz Festival welcomed concerts by Wayne Shorter, Jimmy Cobb, Marcus Miller or Kings of Convenience on the line-up.

Most concerts require an entrance fee, which can be paid online via the official website of the jazz festival: https://www.theproject.es/es/f-77/47-voll-damm-festival-internacional-de-jazz-de-barcelona-2015.

However, some of the events can also be accessed for free. For instance, on the 3rd of October you can enjoy Food & Jazz at the Parc del Centre del Poblenou or you can attend free jam sessions every Thursday from the 29th of October on at the renowned Conservatori del Liceu. La Font Màgica from Montjuïc will also offer for free a jazz music show accompanied by water fountains and lights every Thursday and Sunday at 22:00h in September and October and every Friday and Saturday at 20:00h in November and December.

Watch some bits from the artists in the line-up in this trailer and get excited for some jazzy evenings in Barcelona! https://www.youtube.com/watch?v=ko7_CSIJ74w