Living in Barcelona as a local and not as a tourist 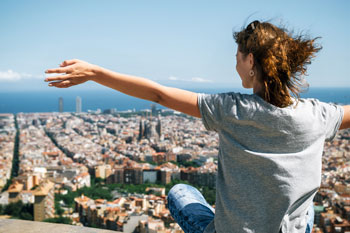 You already booked your accommodation in the center of Barcelona with all the amenities to live a season in the city. Now all you need are the secrets to feel like a local and not like a tourist. This is all you have to know to stop being a guiri anymore.

Where to live in Barcelona. The best neighborhoods

In Barcelona there are 11 districts divided into 73 neighborhoods.

One of the best areas is the Eixample district. Made of wide streets and luminous apartments.

Ciutat Vella, in the heart of the city, is also one of the favorite places for tourists, with the famous neighborhoods of Raval, El Born and La Barceloneta, among others.

At Fisa Rentals we have 30 apartments in these areas for mid-length stays, from 31 nights up to 11 months.

Here you can see our options forlong-term rentals in the center.

Districts and neighborhoods of Barcelona

Other districts of Barcelona are:

Gracia and Sants, two of the best known for their traditional summer celebrations and for remembering the village they used to be.

Sarriá, is part of the upper part of the city where houses and shops for high-income people are located.

Les Corts, where you can visit the Camp Nou. A mostly quiet environment yet far away from the center.

Sant Martí, in full boiling with the remodeling of the Plaza de Las Glorias and the proliferation of businesses in the 22@ (innovation district).

We are waiting for you at Fisa Rentals Apartments so you can live in the city like another inhabitant of Barcelona!