Sant Jordi, the day when Barcelona shines the most 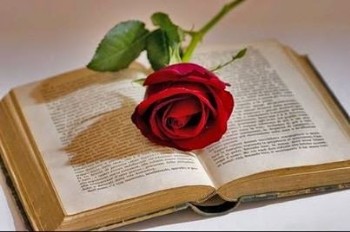 If somebody from abroad would ever ask me what is the best time to visit Barcelona, I would not hesitate to recommend them to go to Barcelona for Sant Jordi (Saint George´s), the day that Barcelona shines the most. Sant Jordi is not only a day for books and roses, for culture and love, it is also probably the festival that unites Barcelona residents the most. Therefore, do not hesitate and rent an apartment in the Catalan capital on April, 23rd.

Every year on April, 23rd,  Catalonia celebrates Sant Jordi (Saint George, in Spanish) in a very special way. The streets are filled with stalls where booksellers promote their latest acquired books and where florists or just humble locals sell red roses. This way, Barcelona welcomes spring with literature and love. The tradition says that lovers are supposed to exchange presents on this day, the same way that the majority of Western countries celebrate Valentine´s Day. However, here the custom narrows down the options: men are supposed to give a red rose to women and women are supposed to give to their male partner a book. Nowadays though, the tradition is not so strict. Roses and books are also exchanged between good friends, roses are not only red anymore but in all possible colours and women generally receive both books and roses.

This Catalan tradition dates from the beginning of the 20th century when the booksellers belonging to the Booksellers Guild and the Official Chamber of Books decided to commemorate 23rd April due to the death of the acclaimed writers William Skapespeare, Miguel de Cervantes and Garcilaso de la Vega, all on this very same day. Decades after, in 1996, the UNESCO decided to declare this a global tradition and turned the 23rd of April, the World Book Day. Nevertheless, for Catalan society, Sant Jordi will always be a unique cultural occasion to celebrate literature combined with love. In fact, the tradition of giving roses to women originated from the legend of the knight Sant Jordi, who killed a dragon in order to rescue his princess. A few moments later, roses bloomed out of the blood from the dead dragon and the legend says out of Saint Jordi´s love.

Apart from enjoying the vibrant atmosphere and celebrating culture, the city of Barcelona also offers a wide range of exclusive activities during the 23rd of April. You can visit the City Hall for free, join writers launching their latest books or do special cultural activities for free or lower prices. You can take a look at the diverse activities you can do during Sant Jordi in Barcelona here. However, it is probably one of the best days to be a good tourist and walk around Las Ramblas while experiencing a truly Barcelonian celebration.