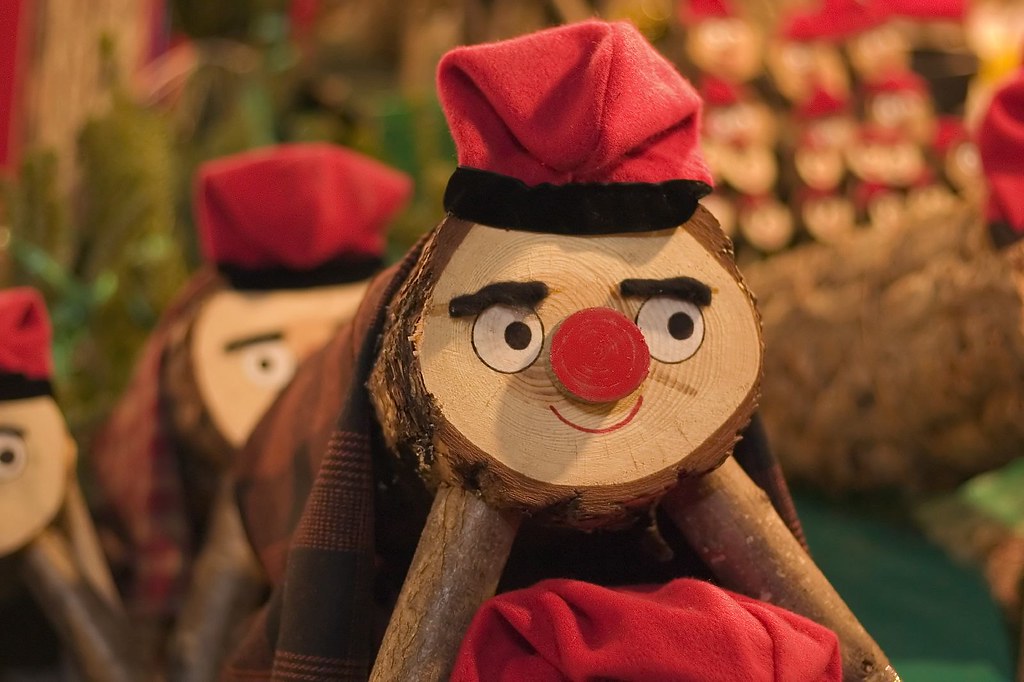 Many European regions and countries have their own peculiar Christmas traditions. Catalonia is not an exception. The Caga Tió, literally translated as “Poo log”, as odd as it might sound, brings presents to Catalan children every Christmas Eve. If you are renting a flat in Barcelona around Christmas dates, take the chance to celebrate this original tradition.

The Caga Tió is a Christmas character in Catalan culture. The Tió is a big piece of cut wood with two or four stick legs and a broad smiling face painted on its end wearing a traditional Catalan barretina, a little red sock hat. On Christmas Eve the log is supposed to poo presents for children. That is why from the 8th of December on, when the Feast of Immaculate Conception is celebrated all over Spain, families start giving the Tió some food to eat every night and make sure that he is kept warm under a thick blanket.

In order to make the Tió defecate, kids hit the log with sticks while singing Christmas songs encouraging him to poo. The tradition says that before beating the log, children are supposed to leave the room and pray to ask the Tió to bring them a lot of presents. This gives the perfect occasion for relatives to hid the presents under the blanket, which later the Tió is supposed to defecate. Normally, the Tió does not deliver large expensive presents. Instead it usually brings candies, nuts or ‘turrones’ that will later be shared by all the family.

An example of a song that children sing to the Tió is:

"Caga Tió, hazelnuts and turrón, if you don't poo, we will hit you with a stick"

If you thought this is the only scatological tradition in Catalonia, it is because you have not yet been introduced to the Caganer, which is a necessary figure in every Catalan home’s Christmas crib. The Caganer is a feature of the nativity scene which represents a traditional dressed Catalan man squatting with his trousers around his ankles and defecating. This figure is present in Christmas cribs since the 18th century and it is seen as a sign of good luck as it fertilises the soil and guarantees a good harvest for the coming year. It is normally placed in a hidden place of the nativity and children are easily entertained trying to find it.

If you want to take a look at how a Caga Tió or a Caganer look like or if you want to purchase one, you can do so at the Mercats de Santa Llúcia or Christmas markets in the centre of Barcelona, such as in the Avinguda Catedral.

The following video from the BBC shows how these scatological Catalan traditions seem scandalous to foreigners: https://www.youtube.com/watch?v=LJxHHP-aTOc