The best medieval villages in Catalonia and near Barcelona 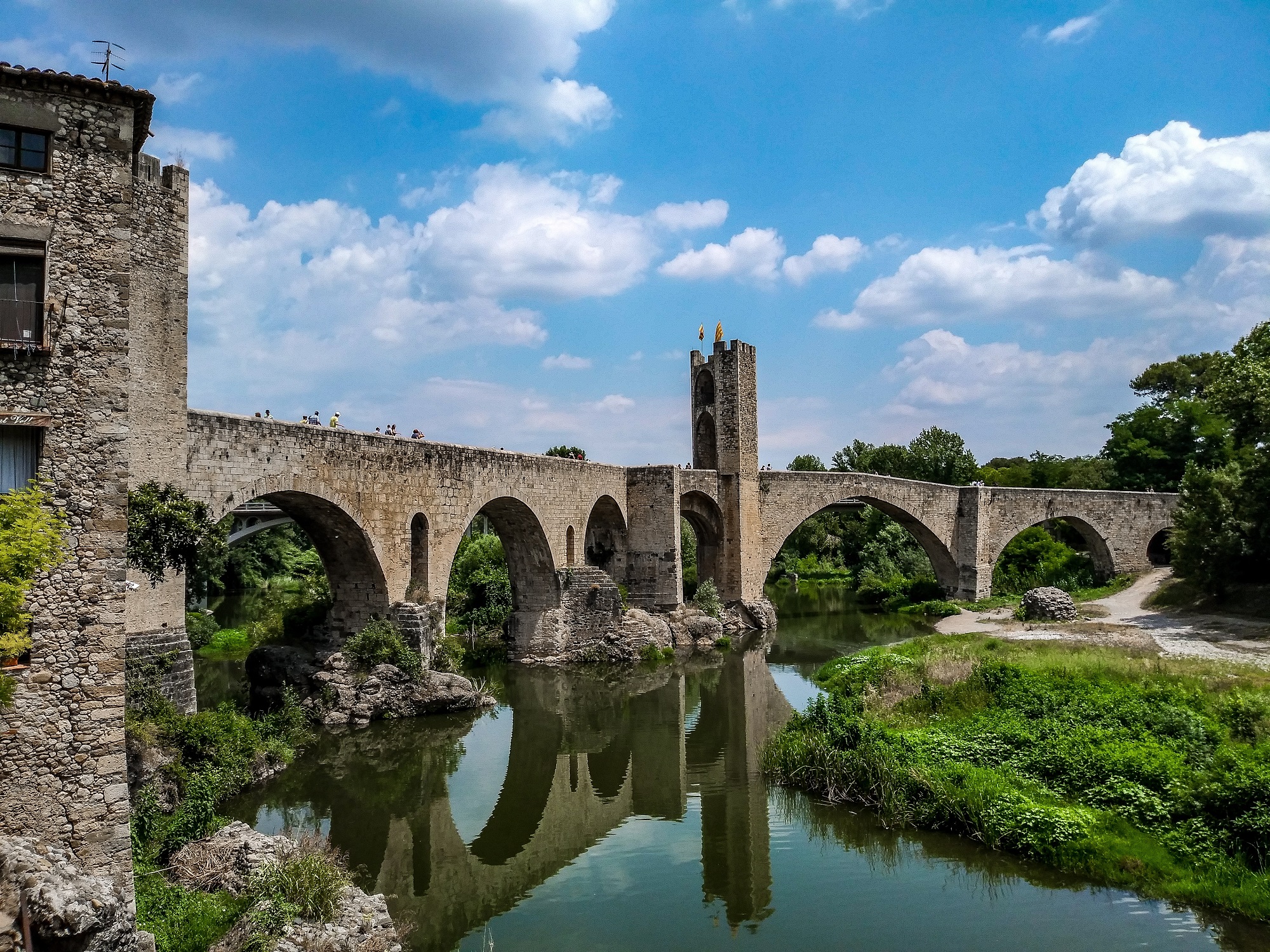 The best medieval villages in Catalonia and near Barcelona

At Fisa Rentals apartments we have prepared this list of the best medieval villages and towns close to Barcelona, all of then with lots of charm!

Within the province of Barcelona (region of Bages)

• Mura, Talamanca, Rajadell
Just over one hour's drive from Barcelona, Mura appears as a vision in the middle of the Natural Park of Sant Llorenç del Munt.

From there, only 25 minutes by car - they are only 9 kilometers but with many curves -, Talamanca seems to have frozen in time. Suspended on a hill, its castle continues to monitor the surroundings with unique views. A great environment for hiking lovers.

Finally, to complete this triad, an hour and 7 minutes from Barcelona or 57 from Talamanca –39 kilometers– Rajadell surprises with its wide stone houses of medieval origin completely restored inside. Surrounded by forests of oaks, pines and holm oaks. There are also beautiful roads to get lost in this town.

• Cardona
Still within the Bages region, Cardona is a comfortable distance from Barcelona, 1 hour and 22 minutes, with the promise of taking fantastic photographies. Especially if the fog blurs the horizon and the only thing you see is the castle, which today is an important national hostel “parador”.

Within the province of Tarragona

• Montblanc
With almost 8,000 inhabitants, Montblanc is one of the most important towns in the province of Tarragona. Its letter of introduction are the walls that surround it and that immediately transfer us to the time of the “castles and dungeons”. Even more so if we coincide the visit with its Fiesta Mayor (local festivities), the second week of September, when the costumes and performances fill the streets as if time had not passed since the Middle Ages.
Montblanc, located one hour and 36 minutes from Barcelona, is also the epicenter of the Cister monasteries route and gate of the Prades Mountains natural space.

Miravet is another highly recommended destination, with the indelible image of the reflection of its castle on the Ebro River. It is located 2 hours and 9 minutes away by car from the Catalan capital.

Within the province of Girona

Scenario of some scenes of 8 out of the 10 episodes of the sixth season of Game of Thrones, the city of Girona is a mandatory destination for medieval lovers. In addition, it is very well connected with Barcelona. If you take a fast train (AVE), you will reach in less than 40 minutes, so it is a perfect plan to go and return on the same day.
Also Vic, one of the most important municipalities in the region, holds great medieval treasures, celebrating between the first and second week of December a market with all the luxury of historical details.

• Bagà
Located in a valley at the foot of the Pyrenees mountains, Bagà is one of the most authentic medieval villages, with its beautiful stone bridge, horse streets, vaulted porches, the mythical Pinós Palace ... If you like hiking From here you can make many routes, including Camí de la Serra and those that pass through Pedraforca, one of the most emblematic mountains in Catalan culture and traditions.

• Tavertet, Rupit and Pruit
Rupit i Pruit, located 1 hour and 42 minutes from Barcelona, is known to be the quietest medieval village in Tavernet, right next to it. If you visit that one the latest, get closer to the viewpoint of the Sau Swamp.

• Besalú
It is beautiful wherever you look at it: from the bridge that bathes the river Fluvià, to the Monastery that culminates the set of medieval buildings between the cobbled streets.
You can complete the getaway with a visit to the famous and nearby Lake of Banyoles.
A little further north, there is also Beget, another town with medieval buildings, somewhat further from the tourist routes and therefore perhaps more authentic.

• Tossa de Mar y Pals
To combine beach and culture there is nothing better than to schedule a weekend in Tossa de Mar (1 hour and 45 minutes from Barcelona) or Pals (2 hours), the essence of the Costa Brava bathed with the contrast of stunning vestiges from medieval times.

In a more or less straight line of 22 kilometers from Pals, Peretallada and Monells are other unmissable. Both, much less touristy (although without sea).

Barcelona is also at a comfortable train distance from Carcassonne, one of the most famous medieval villages in the world.

How to get to the medieval villages by public transport?

If there are, buses that connect with these charming medieval villages with Barcelona depart from Estació del Nord. If not, it is advisable to rent a car.

Take advantage of local tourism from the Fisa Rentals long-term rental apartments in the city center.